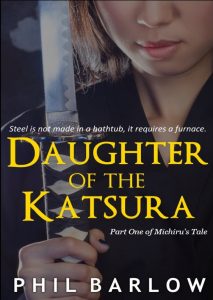 Now available on Smashwords and Amazon US, UK and Australia

click on the links above or go to the ORDERS page

Daughter of the Katsura: Part One of Michiru’s Tale

16th century Japan. Michiru, the daughter of a samurai lord, escapes a kidnap attempt on the way to her wedding. Forced to flee into enemy territory with her few remaining guards, she must evade capture and make her way to her new home. There are two secrets she must keep; That they are carrying her dowry in gold, and that she is falling in love with the man sent to bring her to her new husband. 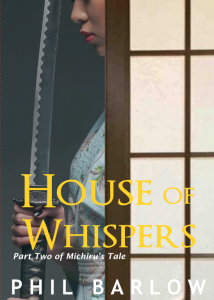 The celebrations of Michiru’s wedding are marred by a seemingly senseless murder. Suspicion and hostility threaten to tear the domain apart. Left in charge in her husband’s absence, Michiru must hold the fractious family together and uncover the plot that has already claimed one life.

Michiru and her children are left in a precarious position. With the death of her husband the clan faces extinction under the new Tokugawa regime. As mother to a young heir she must gain enough support to ensure her son’s inheritance.

Nearing the end of her life, Michiru makes a final journey to find peace and solace. A sudden snowstorm traps her in a mountain inn with a diverse group of travellers, one of whom is responsible for poisoning her. As her time runs out she must find someone worthy to pass on her legacy to.

The Dark Heart of the Mountain

A brother and sister from a minor samurai clan must enlist the aid of a disreputable sorceror and his minions to free their home from the grip of an ancient evil. Set in a mythological Japan, where demons and magic are real, and those who would fight them must find their inner strength.

There maybe further adventures of Rokuemon, The Seventh Master. 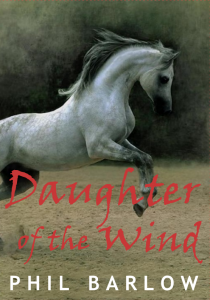 Daughter of the Wind

Daughter of the Wind is a Historical Fiction novel set in Egypt at the end of World War One. It focuses on the efforts of an Australian Lighthorse officer, Captain John Croaker, to get a captured al Khamsa mare, descended from the horses of the Prophet Mohamed, home to Australia. But the Australians are not taking their horses home, they are handing them over to the British, and General Allenby is after the mare for himself. With the aid of Tariq, an Egyptian horse trainer, they disguise and hide the mare until he can find a way to get her to back to Australia. While the Lighthorse Regiments wait in Egypt for the ships to take them home, the country explodes into demonstrations and violence. Caught up in the 1919 Egyptian Uprising against British occupation, the Regiments are rearmed to help suppress the protestors. Croaker’s plans to get the mare home seem even more unlikely amid this new turmoil. Based on actual events, this story brings to life a little remembered part of the Australian experience of WWI and its aftermath.